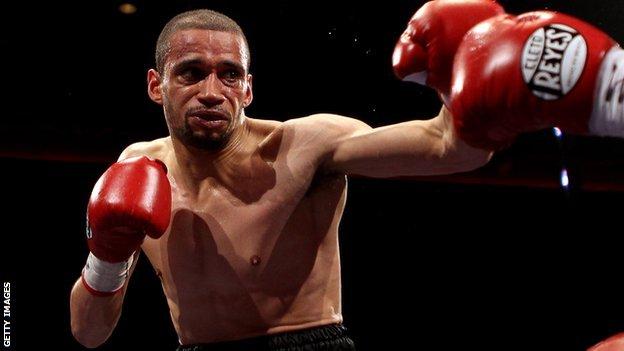 British light-welterweight title holder Curtis Woodhouse has confirmed he will not retire from boxing.

The ex-footballer, 33, quit after beating Darren Hamilton to land the title in February, saying he wanted to "bow out as champion".

But after taking time to ponder his future, Woodhouse, who has won 22 of his 28 fights, has decided to fight on.

"Still got the fire and the hunger, so it's not time to go," Woodhouse tweeted.

"I would always be asking myself what might have been if I walked away now."

Woodhouse is now setting his sights on a double-belt battle with WBU and Commonwealth light-welterweight champion Willie Limond.

He added: "Not sure what's next but I'd like to put both belts on the line and fight Willie Limond for my British and his Commonwealth titles."

Former midfielder Woodhouse made over 300 appearances in a football career that began at Sheffield United in 1997 and included spells at Birmingham City, Peterborough, Hull and Rushden & Diamonds.