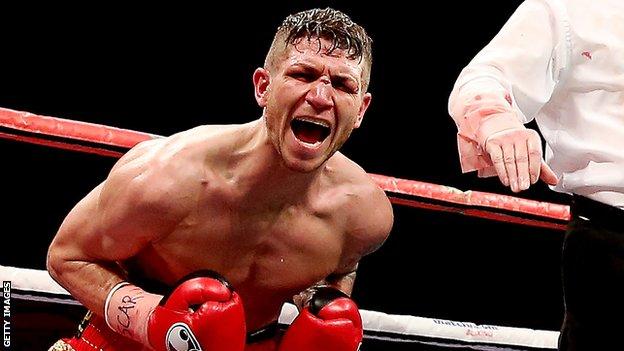 Brian Rose will fight Demetrius Andrade for the WBO world light-middleweight title in America on 14 June.

A deal for Blackpool's Rose to fight the undefeated Andrade had been agreed, but a date had not been confirmed until Thursday's announcement.

The 29-year-old earned his first shot at the world crown by beating Argentina's Javier Maciel in October.

Rhode Island's Andrade, 26, boasts a perfect record of 20 wins from 20 contests as a professional.

"It's a dream come true for me and something that I have wanted since I starting boxing at the age of nine," said Rose.

"We're not going over there to make up the numbers. I'm bringing that belt back to the UK.

"Andrade is, no doubt, a world-class fighter. He's got the title and an impressive amateur pedigree. But I've got experience on my side, I've had more fights and more 12-rounders.

"I've been in with better and tougher opponents so this fight doesn't and won't faze me."