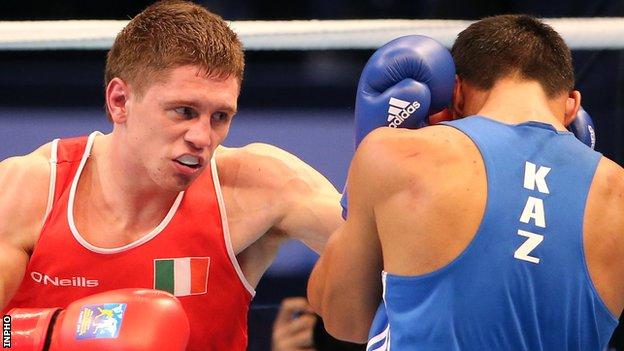 Jason Quigley has announced he is turning professional - six months after becoming the first Irishman to reach a final at the World Championships.

The 22-year-old middleweight from Donegal would have been one of Ireland's best hopes of a medal at the 2016 Olympics in Brazil.

Speculation that the Ballybofey man would be quitting the amateur ranks increased when he did not defend his Irish title in February.