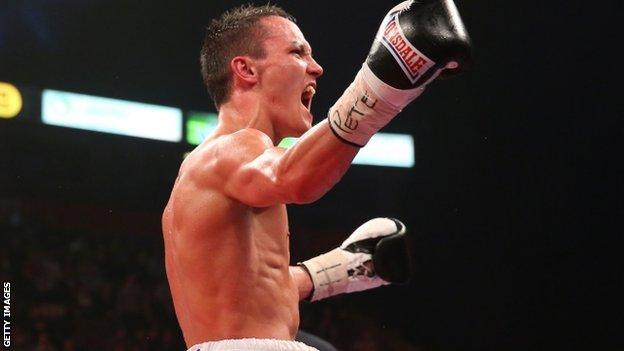 Josh Warrington added the British featherweight title to his Commonwealth crown with a convincing points victory over Martin Lindsay.

The 23-year-old extended his unbeaten record to 18 fights to claim the vacant title in his home city of Leeds.

Warrington knocked the Northern Irishman over in the ninth round before gaining a unanimous points verdict.