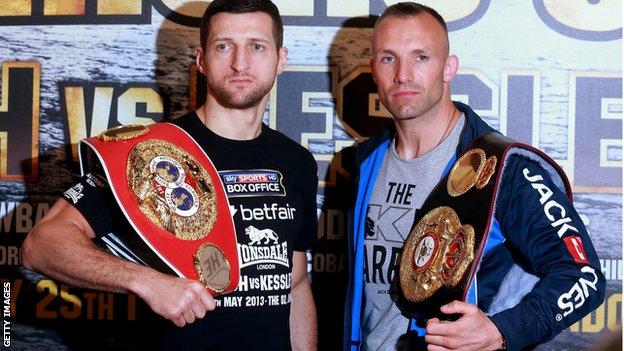 "I'm more than ready to fight Carl for the decider," the Dane posted on his Facebook page. "I feel very confident that I will win that fight.

"[In the last fight] I started out slow. That won't happen again."

Froch, 36, knocked Groves out with a huge right hand in the eighth round of their rematch at Wembley Stadium in London on Saturday and has placed on record his desire to fight in Las Vegas.

Kessler, who announced his retirement following the defeat to Froch but returned to boxing last month, said: "It's no secret I crave the big fights."

A fight with Nottingham's Froch would be the 50th of Kessler's career.