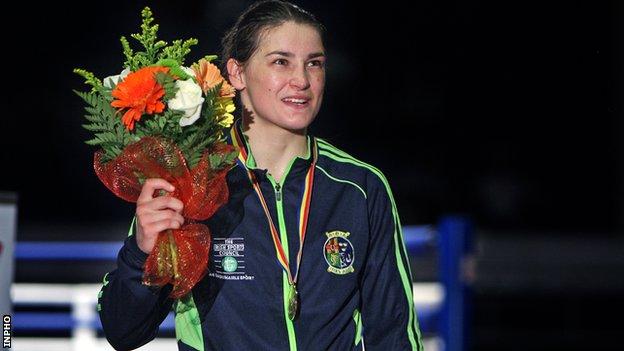 Irish boxer Katie Taylor had a comfortable win over Estelle Mosseley to secure her sixth successive European crown in Bucharest on Saturday.

The 2012 Olympic champion defeated her French opponent in the Lightweight final on points, with all three judges scoring the bout in Taylor's favour.

It is the sixteenth major tournament gold medal of her career.