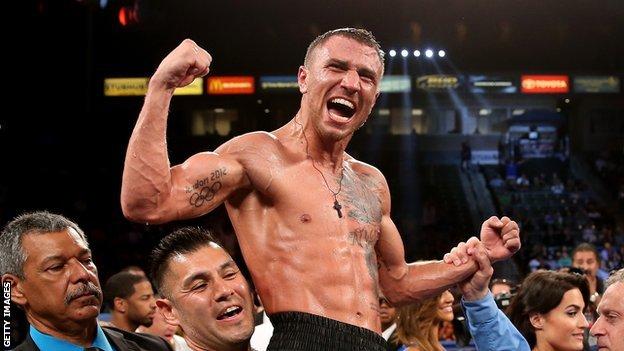 Lomachenko tied the record for fewest fights to win a world title, set by Thailand's Saensak Muangsurin in 1975.

American Carson had success in the early stages but Lomachenko grew into the bout and was well on top late on.

Lomachenko was arguably the best amateur boxer of his generation, winning Olympic gold medals in 2008 and 2012 and winning 396 of his 397 unpaid fights.

But in his second pro fight Lomachenko lost a split decision to Salido, who failed to make the weight and was stripped of his WBO belt.