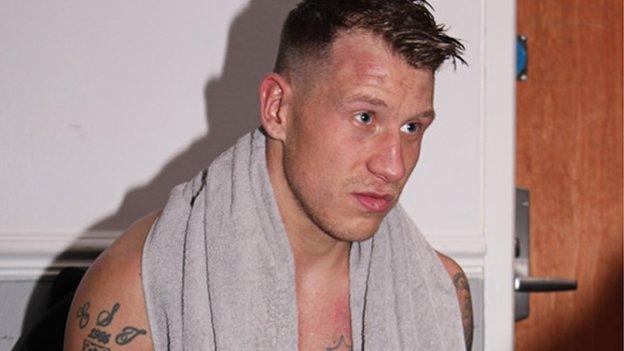 Black Country light-middleweight Jason Welborn says he is as ready as he can be after getting his second shot at the British title at late notice.

Welborn, 28, takes on champion Liam Smith on 26 July after stepping in to replace Smith's scheduled opponent Nav Mansouri, who has a back injury.

I know I can achieve a British title, ever since I put a pair of boxing gloves on.

"I could sit here and say it's too early but this will be my sixth fight in 12 months, I've got no excuse."

It was only the second defeat in the Tividale boxer's 17-fight career and he has since stepped up from welterweight and claimed the minor British Masters and Midlands Area titles on his way back through the domestic ranks.

"I've sparred Liam a few times in the past and he's a good kid, I know what I'm in for," Welborn said.

"I found my last couple of fights making the weight drained me so I went up to light-middle and it's done me the world of good."

Welborn, who was scheduled to fight in an eliminator for the Lonsdale belt in September before getting the call-up, will take on Smith on the undercard of the Dereck Chisora-Tyson Fury bill in Manchester, and he cannot wait to experience the atmosphere of a big-fight night.

"It'll be amazing, it still hasn't really sunk in and it'll be great to be a part of," he said. "I know I can achieve a British title, ever since I put a pair of boxing gloves on."