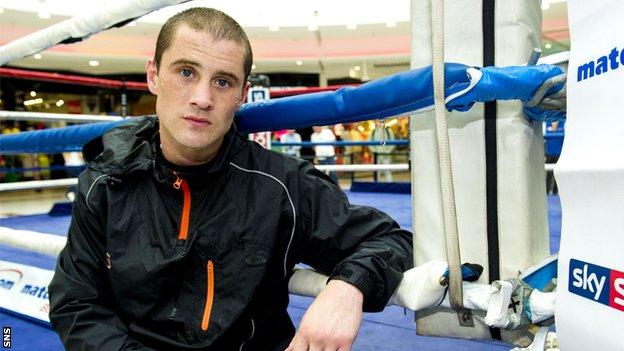 Ricky Burns will fight Alexandre Lepelley on Saturday as he moves up to light-welterweight for the first time.

The French opponent for the bout at the First Direct Arena in Leeds is a late replacement for Esteban Gonzalez.

Lepelley, 32, has 17 wins from 19 outings and Burns's promoters say the new man represents more of a challenge.

Burns, 31, lost his WBO lightweight world title to Terence Crawford in March before losing a split decision to Dejan Zlaticanin in June.

Defeat in the WBC lightweight eliminator prompted Burns to step up a weight division.

"I believe the move up in weight will really benefit me," he said last month. "The lightweight limit was proving tougher to make in my last few fights, so that's now behind me and I can concentrate on working on my boxing."