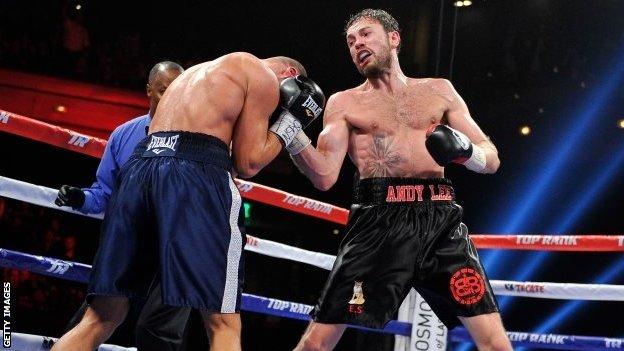 Lee, 30, who was born in London and represented Ireland at the 2004 European Championships, won the belt in his 36th professional contest.

He landed a right hook in the sixth and followed that with more punches before referee Kenny Bayliss stopped the bout.

This victory sets up a contest between Lee and Billy Joe Saunders.

The Englishman, who beat Chris Eubank Jr on a split decision last month, is the mandatory challenger for the WBO title and that fight could take place in Ireland.

Korobov, 31, suffered the first defeat of his 25-fight professional career, while Lee has now won 34 of his 36 fights, with 24 of those victories coming inside the distance.