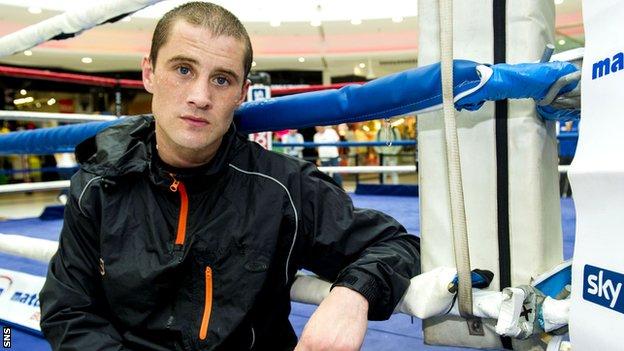 Scotland's Ricky Burns will make his American debut against the unbeaten Omar Figueroa in Texas on 9 May.

And promoter Eddie Hearn is convinced meeting 25-year-old Texan Figueroa is the perfect fight for Burns.

"I've always felt Burns v Figueroa would be a fight-of-the-year contender and now it's made," said Hearn.

"This is a wonderful opportunity for Ricky. He is so motivated for this fight."

A win over the highly fancied Figueroa in San Antonio would move Burns back into title contention.

After his loss to Crawford, the Coatbridge fighter was also beaten by Montenegrin Dejan Zlaticanin before he secured a win over Frenchman Alexandre Lepelley in October 2014.

Figueroa vacated his WBC lightweight title in November after stopping Mexican Daniel Estrada in nine rounds in August in his second successful defence.