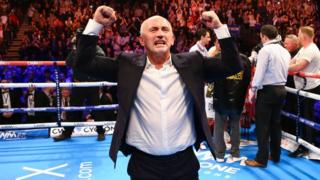 "He's improving and maturing all the time and dismantled his opponent," said McGuigan after the contest at Belfast's Odyssey Arena.

"He assessed the guy in the first two rounds and was able to change his gameplan - that's the sign of a world-class fighter."