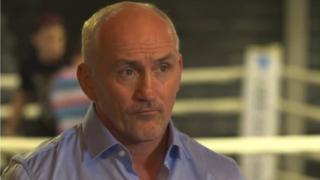 McGuigan says the contest is great for boxing as it pits two boxers with contrasting lifestyles, who are at the top of their game, against each other.

Undefeated American Mayweather will take on Filipino Manny Pacquiao for the WBO, WBC and WBA welterweight titles at the MGM Grand in Las Vegas.