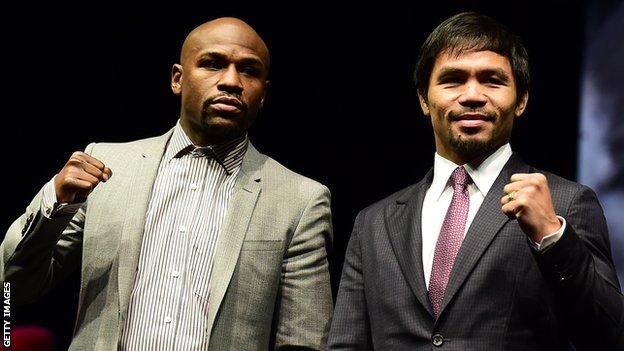 5 live's chief boxing correspondent Mike Costello will be at ringside at the MGM Grand.

You can also follow the build-up and action via the BBC Sport website online commentary from 02:00 BST.

Undefeated Mayweather is defending his WBA and WBC welterweight titles, while Pacquiao holds the WBO equivalent.

The fight has been billed as the richest in history, with revenues estimated to rise as high as $500m.