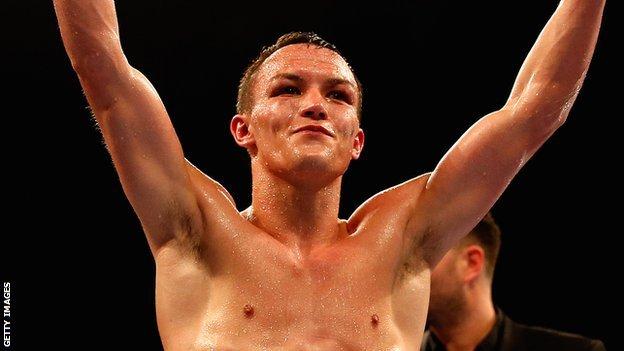 Josh Warrington has put thoughts of an all-British world title clash against Lee Selby on hold until after Saturday's fight against Joel Brunker.

Warrington, 24, defends his Commonwealth featherweight title against Australian Brunker at the First Direct Arena in his home town of Leeds.

Welshman Selby will make the first defence of his IBF title against Fernando Montiel in October.

"The Lee Selby fight is what we're aiming for," said Warrington.

"It's what keeps getting mentioned and I'm not going to turn around and say I'm not interested in the fight.

"But I've got to get through this one on Saturday. Joel's a good kid and you don't get a record like his [28 wins, one defeat] without being a decent prospect."

Selby beat Brunker, 29, via a ninth-round stoppage last October before winning the IBF belt from Evgeny Gradovich in May.

There has been speculation that a Selby-Warrington bout is likely to take place at Elland Road, home of Leeds United, next summer.