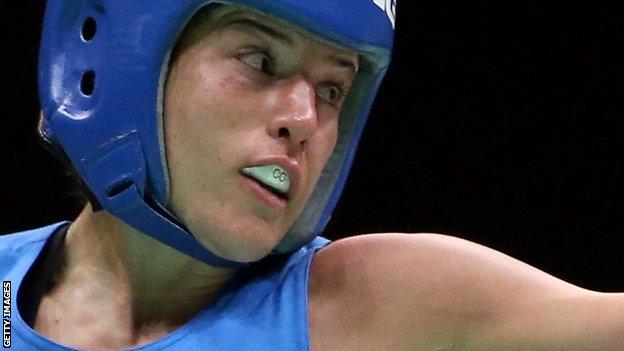 British boxer Chantelle Cameron's hopes of competing at the Rio Olympics are over after she lost at the Women's World Championships in Kazakhstan.

The lightweight, 25, needed to reach the semi-finals to qualify for Rio, but lost a split decision to Mira Potkonen of Finland in the preliminaries.

Nicola Adams' quest for a first world title began with a points win over Dilnozakhon Odiljonova of Uzbekhistan.

The 2012 Olympic champion has already qualified to defend her flyweight gold.

Ireland's Katie Taylor, who also needs a last-four spot to secure a place in Brazil, progressed to the last 16 with a unanimous decision against Sweden's Agnes Alexiusson.