Boxing legend Muhammad Ali, who died at the age of 74, became a sporting icon during his career.

An Olympic gold medallist, he was also three-time world heavyweight champion and took part in some of the most memorable fights in boxing history.

He had a professional career spanning 21 years and BBC Sport takes a look at his 61 fights in more detail. 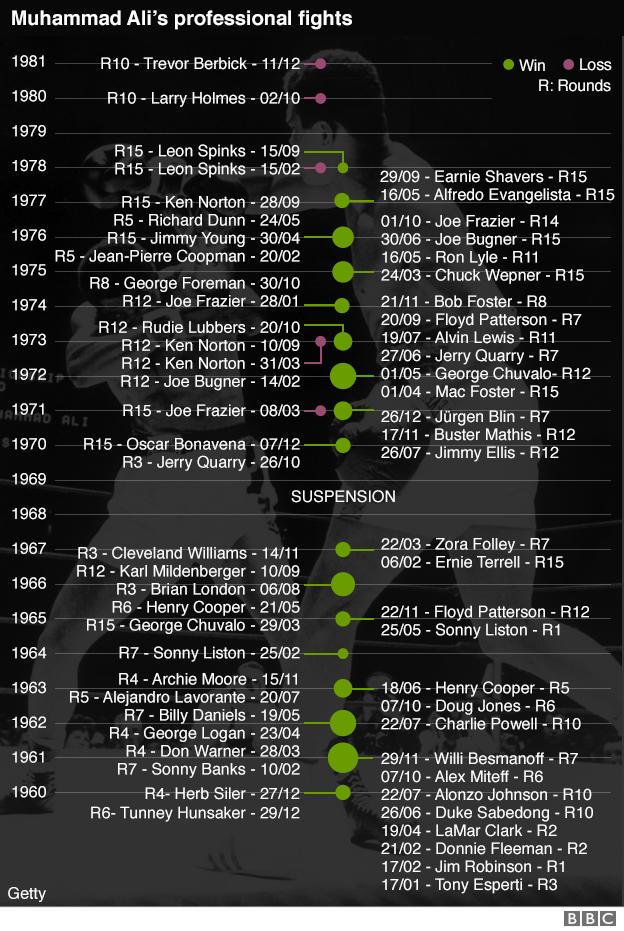 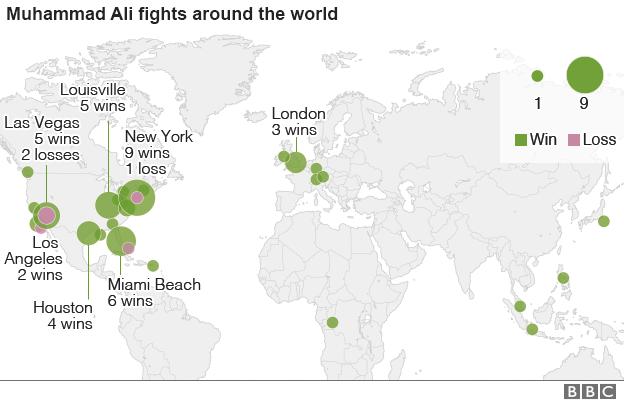 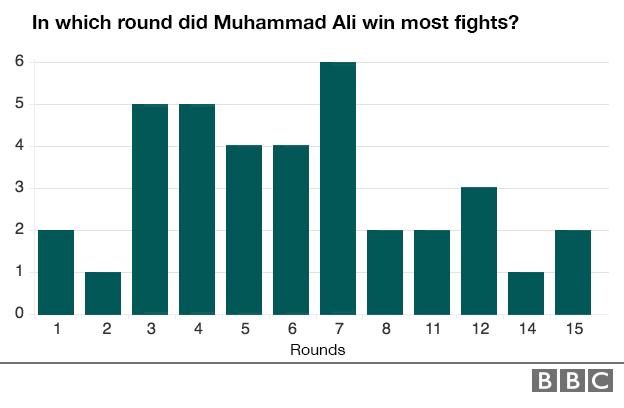 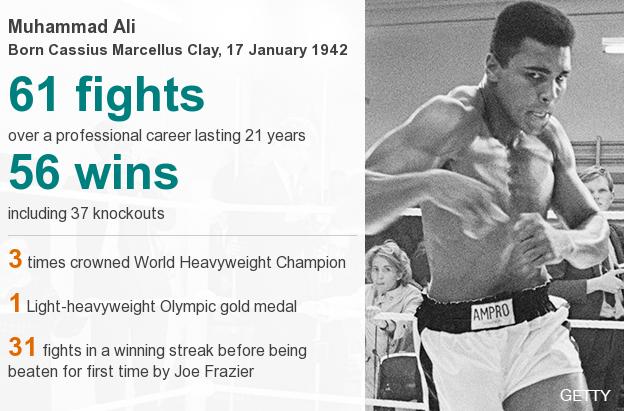