Muhammad Ali should be given a posthumous honorary knighthood, according to Britain's former two-weight world champion David Haye.

Ali, who is widely regarded as the greatest boxer of all time, died aged 74 of "septic shock due to unspecified natural causes" last Friday.

On the eve of his funeral in Louisville, Kentucky, Haye called for him to be honoured by the UK.

"I believe Muhammad Ali is the perfect recipient," said Haye, 35.

Haye started a petition in February to get Ali an honorary knighthood, awarded to recognise non-British citizens who have made major contributions to the UK.

"Whilst it is a huge shame this did not happen when he was alive, to award it posthumously in honour of the incredible legacy he leaves would be perfectly fitting," he added.

World leaders will be among thousands attending Friday's procession and memorial service in Louisville, where Ali was born in 1942.

Former US President Bill Clinton and actor Billy Crystal are also set to speak, though current US President Barack Obama will miss the memorial. 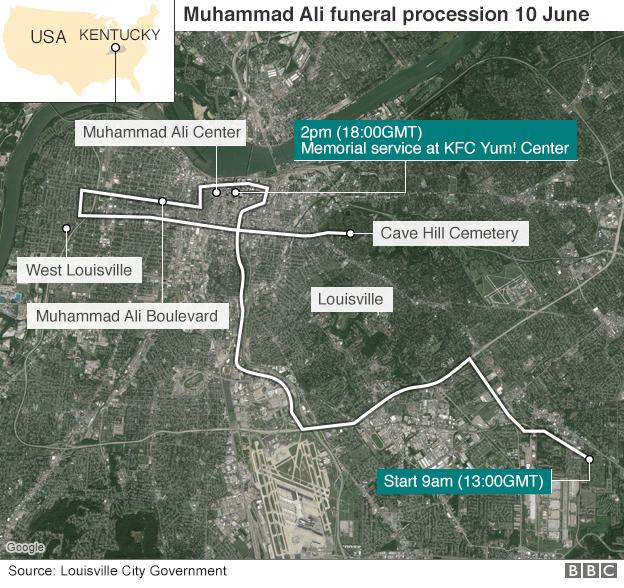 "I just want to make sure everything goes well. He was my hero, he inspired me just by being confident.

"His legacy is not just to sport, it is bigger than sport. Ali is the father of boxing."