Luke Campbell will have the chance to avenge his "devastating" defeat by Yvan Mendy in a rematch with the Frenchman on 22 September at Wembley.

Lightweight former Olympic champion Campbell suffered his first career loss when he was beaten by Mendy in 2015.

Mendy, 33, is ranked number one at lightweight with the WBC and is undefeated since 2015.

The fight, a WBC lightweight world title final eliminator, will be on the undercard of Anthony Joshua's heavyweight bout with Russian Alexander Povetkin.

Campbell has been training with Shane McGuigan, who previously worked with David Haye and Carl Frampton and led George Groves to the WBA super-middleweight title.

"I've already struck up a great relationship with Shane and I have no doubt that he is going to take me to the next level," Campbell said.

"I want to become a world champion and Shane has a proven track record of achieving that with his fighters." 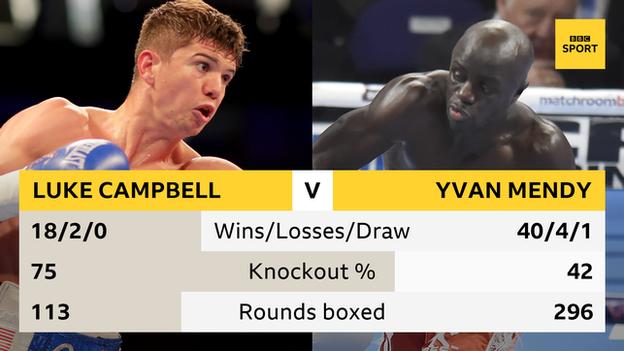