Does James DeGale have enough left and did Chris Eubank Jr ever have enough?

Two questions that form the spine of the debate for a fight which is close to a 50-50 call with bookmakers.

There's a 33-year-old two-time world champion in DeGale, a man who has switched up his training to try to preserve the weaponry packed into a body riddled with injuries.

And there's a 29-year-old Eubank, a fighter with fewer boxing miles on the clock but who is yet to break through the elite ceiling, having lost to George Groves and Billy Joe Saunders at the sport's top level.

Saturday's bout at London's O2 Arena is built on retirement pledges, injuries, super cars, parenting and pedigree - so who wins? Send your choice to #bbcboxing. 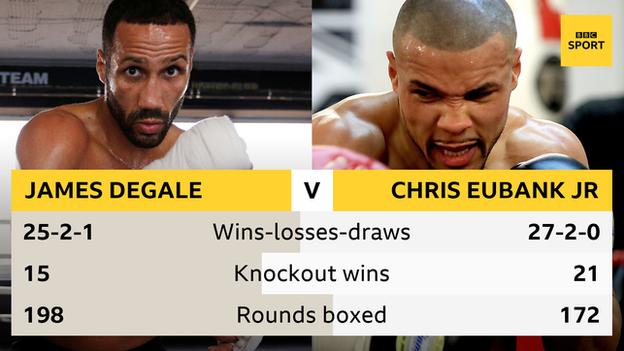 5 live boxing analyst Steve Bunce:"I spoke to two people with 80 years' experience in boxing at the news conference about this fight and they had no clue on who wins. If Eubank beats DeGale in style then it is the end of DeGale as a serious contender. It's certainly the end for Eubank as a big earner if DeGale wins. It's an intriguing fight - a fresher and under-threat Eubank is my choice."

BBC Sport boxing commentator Mike Costello:"I do think we have seen the best of DeGale but I think if we see a good version of him he wins the fight. I'm also told that DeGale wants this so bad simply because it's Eubank Jr. He still dislikes the reaction of Eubank Jr in publicising details from when they sparred years ago." 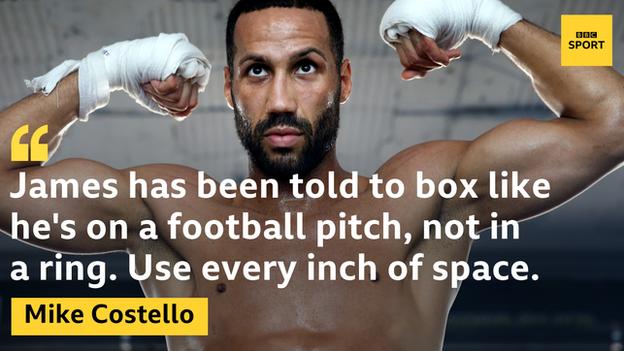 There are those who see an extravagance on social media - including the recent delivery of a McLaren 720S typically priced at around £200,000 - and ask if Eubank Jr has the hunger to deliver in the ring.

There have been eye-catching wins but at the top level both Groves and Saunders proved too much. DeGale in many ways becomes a gateway for him here. Win and the future will contain big pay days for more motors; lose and it's likely it will not.

To bolster his chance, Eubank Jr hired trainer Nate Vasquez from Floyd Mayweather's Las Vegas gym, insisting the work he had done in the past under the guidance of his former world champion father Chris and Ronnie Davies had never been specific.

"Nate has provided focus and a tailored camp for what DeGale is as a fighter," Eubank Jr told BBC Sport. "Previously I have trained myself, blanketed my camps - get fit, strong, go in there and fight.

"For this camp we have studied, devised strategy and I will execute it in full force."

Costello verdict: "I've seen them working and Eubank Jr was actually listening to the instructions. But it's my history of being around boxers and having been a boxer and a trainer - admittedly at a much lower level - that I think it takes much longer than one camp to build the rapport that you need."

Repairing in the pool 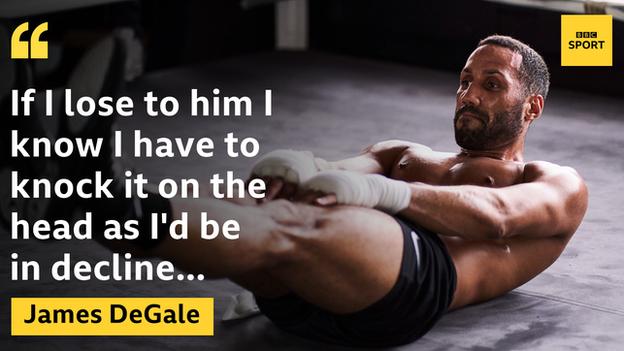 Eubank Jr looked a little surprised on Thursday when his father - a former two-weight world champion - said he was "not convinced" of victory and "petrified" of defeat.

DeGale, too, knows all about having family in his corner, given he often refers to his mum Diane as a guiding force in his career.

He has needed such support in recent years, with shoulder surgery and Achilles problems posing issues. Changes have been necessary and have seen him switch long road runs for lengthy swims and place a new found trust in sports science professionals.

"I think this fight is one of the biggest as at this stage of my career I have to win," said former world super-middleweight champion DeGale.

"People are saying 'why do you mention retirement?' It's because I'm a realist, I have done everything and the bank balance isn't too bad as well. But if I lose to him I have to knock it on the head because I'd be on the decline."

Costello verdict: "James has been told to box like it's a football pitch rather than a ring, use every inch of space and make it hard for Eubank Jr to close spaces."

So expect the 2008 Olympic gold medallist to draw on ring craft in order to tame an energetic Eubank Jr, a fighter who has been filmed throwing as many as 96 punches in 11 seconds in training.

Bookmakers make Eubank Jr a slight 10-11 favourite, more evidence of a contest that is proving very difficult to call.

Joyce, 33, has seven professional wins from seven bouts and takes on 40-year-old Bermane Stiverne, the Haitian-Canadian fighter Wilder took the WBC world title off in a points win in 2015.

"I'm moving fast," Joyce said. "Each fight is getting me closer and closer to those top three names. This year I'm going to really make big strides."

And Wales' Lee Selby returns to the ring for the first time since he lost his world featherweight title to Josh Warrington in April.

The 32-year-old faces American Omar Douglas and has moved up a division to lightweight after revealing he resorted to chewing food before spitting it out in order to make featherweight.