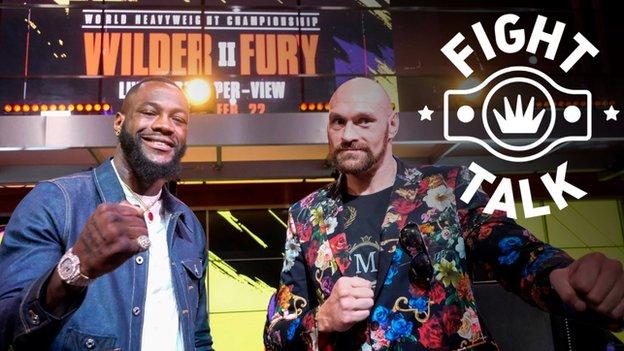 In this week's Fight Talk we look at predictions for the Deontay Wilder v Tyson Fury rematch, who's next for Josh Warrington after he signs with Matchroom Boxing, Joe Joyce's change in trainer and why Manny Pacquiao v Conor McGregor is now a real possibility.

There's only one place to start - the boxer versus the knockout king. It's pure box office. It's Deontay Wilder v Tyson Fury II. And it's happening this weekend.

After their first bout ended in a controversial draw, those in the game have been making their predictions.

Boxing legend Mike Tyson is supporting his namesake over his fellow American.

"I always root for him [Fury] because he was named after me," he told BT Sport.

But former world champion David Haye isn't backing his fellow Briton, telling the Express that he expects Wilder to come out on top.

And promoter Eddie Hearn told IFL TV that he keeps changing his mind, although (at the time of writing) he thinks Wilder will hold on to his WBC belt.

There's no clear favourite and that is why this is the most anticipated heavyweight fight in recent memory.

Fury himself has predicted a second-round knockout. There's not much you can take from his record, or from the previous fight, that suggests that will happen. Most fans think it's a case of a Fury points win or Wilder knockout... 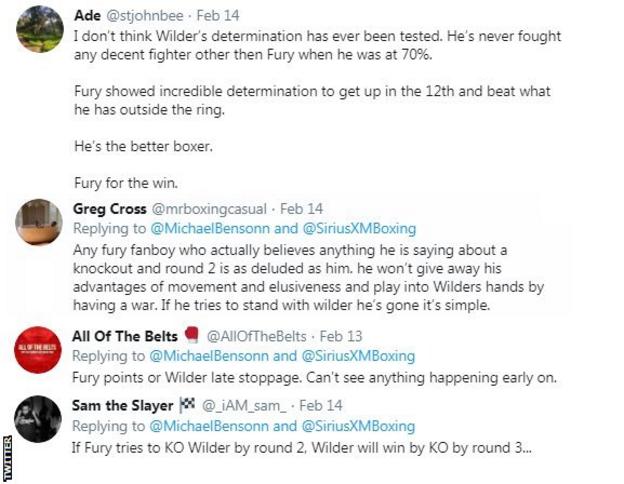 So will the winner on Saturday night become the best heavyweight on the planet?

It's hard to argue against it - although Britain's Anthony Joshua, who holds all the other belts, might have something to say about that.

But, as this chap nicely sums up, the heavyweight division is buzzing at the moment, and boxing is the real winner…

Expect lots of drama from Las Vegas this week in the build-up to the fight.

But in the meantime, to get your juices flowing, here's an outstanding piece of promotion for the fight - this will take you back to the 1990s...

Who's next for Warrington?

It was definitely a move that not many predicted - with Warren at the helm, the Leeds fighter went from British and European level to being one of the best in the world in his division.

Warrington won the belt against Welshman Lee Selby in May 2018 at Elland Road, before arguably the performance of his career when he outpointed Northern Ireland's Carl Frampton in Manchester seven months later.

At the news conference announcing his new signing, Hearn said it was "sickening" to not be involved with those big fight nights.

But Hearn now has his man. And he has promised that big things are to come: a unification fight at the rugby side of Headingley Stadium is likely to be next, with WBC champion Gary Russell Jr, WBA 'regular' champion Xu Can and 'super' champion Leo Santa Cruz all in the mix.

But who do the fans want to see him fight next? 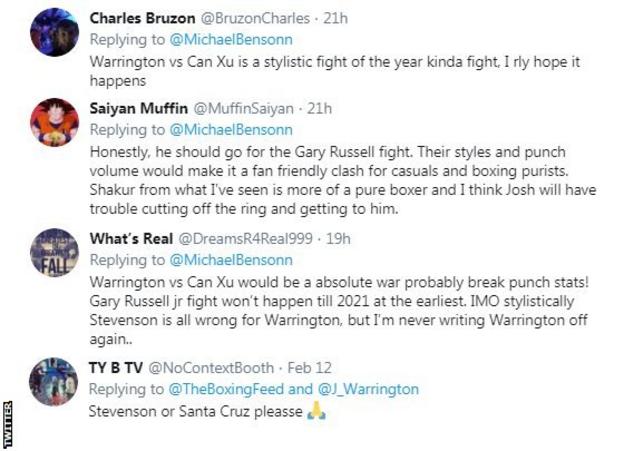 Warren may have lost Warrington from his group of fighters but there was some good news for the promoter last week as undefeated British heavyweight, and one of the biggest prospects in boxing, Daniel Dubois extended his contract by signing a five-year deal.

Dubois is training for the all-British fight against Joe Joyce on 11 April at London's O2 Arena.

And on hearing the news of the contract extension, Joyce's manager Sam Jones had a crafty little dig at Warren and Dubois…

Before the fight with Dubois, Joyce has rejoined Cuban coach Ismael Salas.

The heavyweight seemed to have a good thing going with trainer Adam Booth, who famously guided David Haye to a world title, but he's now started his camp with Salas out in Las Vegas.

Having also previously worked under Mexican coach Abel Sanchez, fans are questioning whether Joyce should be chopping and changing trainers having had only 10 professional fights.

These boots are made for… sparring?

We, however, are secretly pleased that Joyce is working with Salas again.

The main reason being the return of the coach's platform boots. 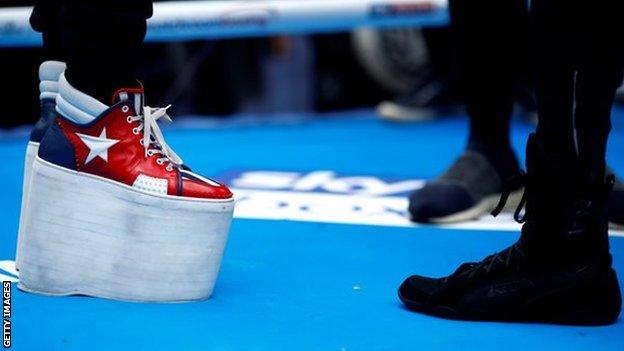 And seems like they're still on trend two years later...

What do Manny Pacquiao and Conor McGregor have in common? Both have headlined Las Vegas fight nights many times, are multiple world champions and global stars who transcend the world of combat sport.

Oh, and both have lost to Floyd Mayweather.

Well, you can add another similarity to that list after Filipino Pacquiao signed with Paradigm Sports Management, the same agency that represents McGregor.

In January, Irishman McGregor said he would be interested in fighting Pacquiao. And with the two now signed to the same agency, it has has fuelled speculation that they could meet in a boxing ring very soon.

Cue the eye rolls and sighs from the boxing purists… 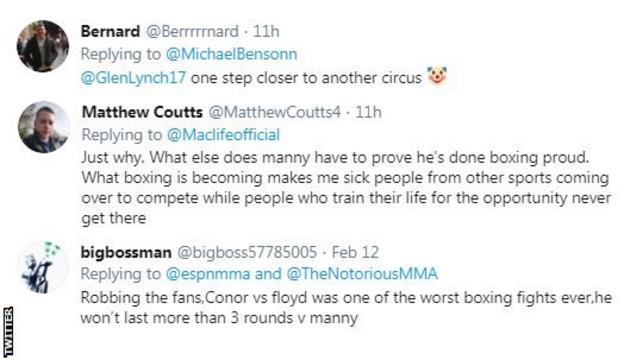