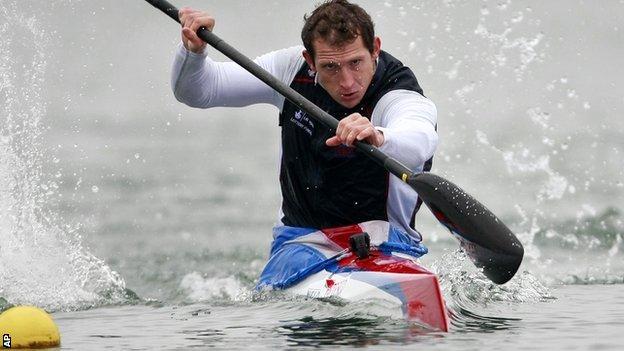 Ed McKeever led the way for Great Britain as they won two golds and a silver on the final day of the Canoe Sprint World Cup in Duisburg.

McKeever won the K1 200m and was part of the winning relay team, which also included Liam Heath, Jon Schofield and Ed Cox, in the same discipline.

"It was a comfortable race for me [in the K1 200m], but a few of my main rivals were missing," said McKeever.

Heath and Schofield finished behind Russia to claim silver in the K2 200m.

Team GB performance director John Anderson said: "It's been a very good day, and we are really pleased with the 200m medals.

"Ed in the K1 and Jon and Liam in the K2 have showed a great level of consistency over the World Cups. They have had a great winter of training and gone faster along with the event, which bodes well for the next period up to the Europeans.

"The gold in the relay topped the day off."