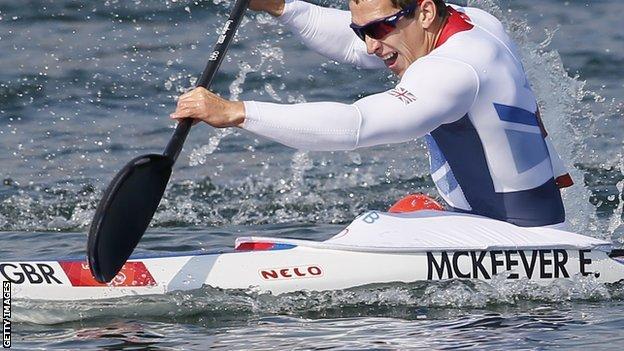 McKeever was unable to add to the six gold medals he has won in previous World events.

"I'm a little disappointed but there are plenty of improvements to make with the Euro's in four weeks," he said afterwards.

But in the Men's K2 200m event Liam Heath and Jon Schofield won a second successive World Cup silver medal of the 2013 season.

"I am happy with that. We couldn't have done much more," said Schofield.

It was an excellent result for Lani Belcher, Angela Hannah, Hayleigh Mason and Louisa Sawers who have only been together for four weeks and were racing in their second regatta of the season.

"We stuck to our race plan and it went well. Our 250m up was really solid and all four of us went up together," said Sawers after the race.