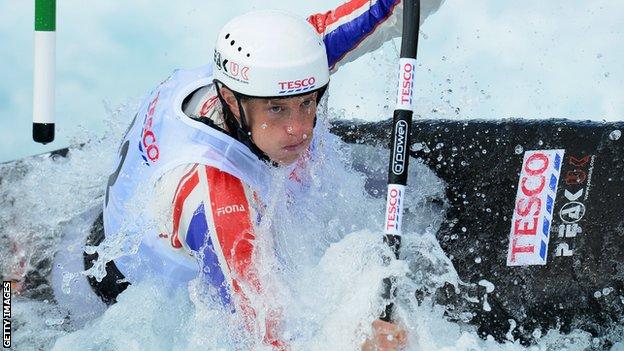 The latest female talent identification programme has been launched to find Olympic canoeing stars of the future.

UK Sport and the English Institute of Sport set up Girls4Gold in 2008 as the biggest female talent recruitment drive ever undertaken in Great Britain.

Great Britain Canoeing's campaign is the first aimed at Tokyo 2020.

GB Canoeing performance director John Anderson said: "It is an exciting opportunity to capitalise on the successes we had at London 2012."

British Canoeing had its most successful Olympic Games at London 2012, winning two gold, one silver and one bronze medal.

Britain's most successful female rower Katherine Grainger, who won Olympic gold in 2012 alongside teammate Anna Watkins in the double sculls, said: "I completely fell into rowing, it was never the plan, I never thought it was the sport for me; I didn't even start until I went to University but I just loved the challenge of it.

"If you're thinking about signing up for Girls4Gold, or hearing about it has sparked something inside you and there's a little bit of hunger there, just go for it."