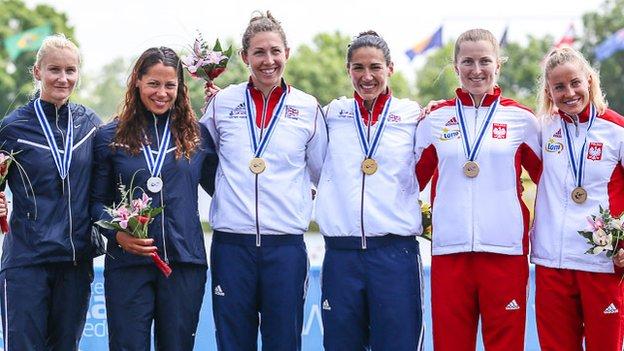 Winners Ronald Rauhe and Tom Liebscher have dominated the category in all three World Cup events this season.

Hannah and Walker's gold follows Belcher and Rachel Cawthorn's success in the K2 500m on Saturday.

With the British team choosing to enter athletes in several races to increase experience, Hannah said that the combination of fatigue and high-quality opposition had tested her and Walker's mettle.

"The last two weekends have been about really putting ourselves under pressure and, when we were tired, pulling ourselves back up again to race in another event," she said.

"But we all have a lot of determination, especially knowing that we are not going to get another opportunity to race these people again until the Europeans in July."