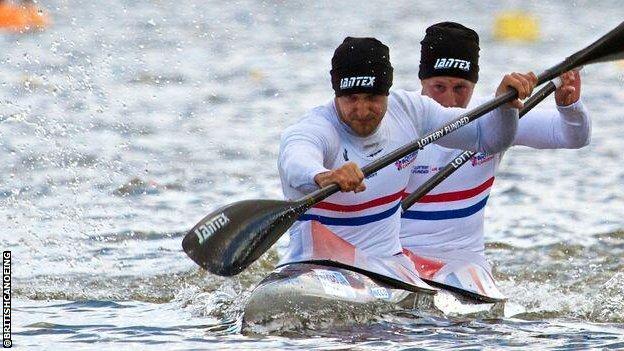 Great Britain's canoe sprinters were assured of only one boat place at next year's Olympics after a tough day at the World Championships.

However, K1 200m Olympic champion Ed McKeever could only make the B final in Milan, leaving the 31-year-old's Rio hopes in doubt.

Rachel Cawthorn was eighth in the K1 500m, before the women's K4 500m boat ended the day on a high by qualifying fastest for Sunday's final.