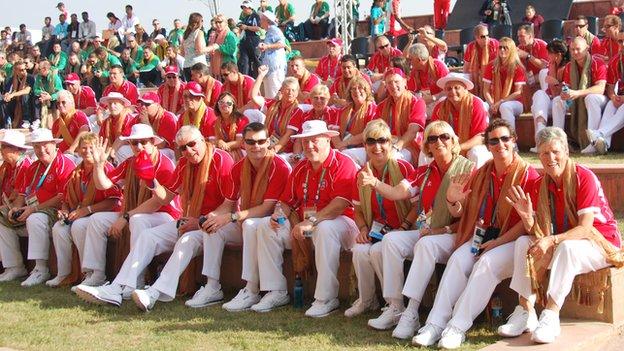 Jersey look set to field their biggest ever Commonwealth Games team at next summer's event in Glasgow.

More than 40 athletes are expected to represent the island as they go in search of their first medal since 1990.

We're hoping that we'll be able to medal on this occasion

With a bumper squad, and 17 sports to be showcased in Glasgow, Cross expects Jersey to be represented in well over half.

"This past year we've been working on setting the qualifying standard for all sports, it's possible that we could have 11 sports represented," he told BBC Radio Jersey.

"This next 12 months is going to be a hard time for our elite athletes who are struggling to get the right level of competition and support in their development to get them to achieve the qualifying standards and get them to the Games.

"We'll look to our traditional sports of shooting and bowls and we expect to be strong in badminton with the possible return of Elizabeth Cann and Mariana Agathangelou, so we could be strong in those three sports.

"We're hoping that we'll be able to medal on this occasion."

Cann was fourth in the women's singles while representing Jersey in 2006 and won a bronze medal for England four years later.