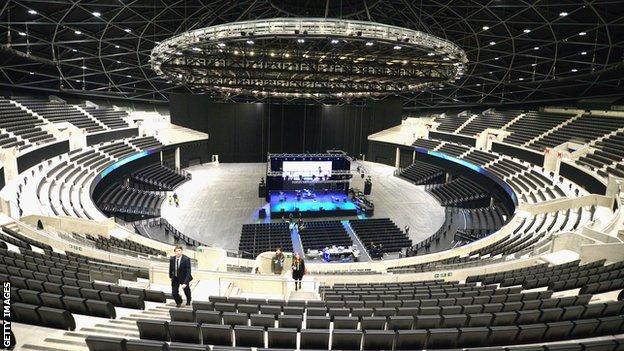 Glasgow 2014 organisers are considering changing the venue of the Commonwealth Games netball final.

The event is due to be held at the SECC but BBC Scotland has learned it may be switched to the newly-built Hydro facility nearby.

In a statement, Glasgow 2014 officials confirmed they had "committed to conduct an operational feasibility assessment to see if it is possible".

The change of venue could lead to 4,000 more tickets being made available.

Should the Hydro be used, a quick turnaround would be required because the boxing finals are being held there the previous night, Saturday 2 August.

A final decision will be made early next year.