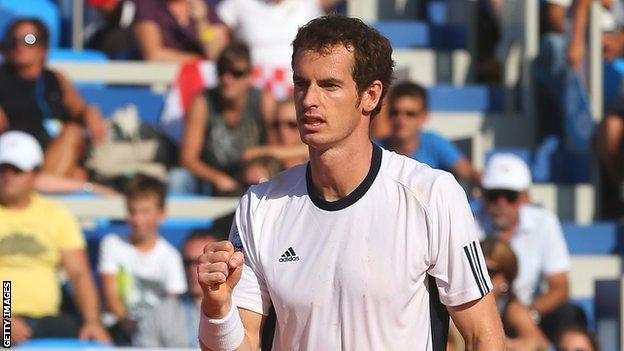 Commonwealth Games Scotland have named Andy Murray as the Scottish Emirates Lonsdale Sportsperson of the Year.

Murray, who is targeting the Australian Open in January to make his return from injury, this year became the first British man since Fred Perry in 1936 to lift the Wimbledon men's singles title.

He is one of the favourites to be win the BBC Sports Personality of the Year award on 15 December.

He later tweeted: "@andy_murray just picked up your trophy for you at the Commonwealth awards. The flight vouchers might disappear tho!"

Murray replied by Twitter: "Thanks a lot for doing that! Keep your hands off the vouchers. I've got a trip to U.A.E coming up haha."