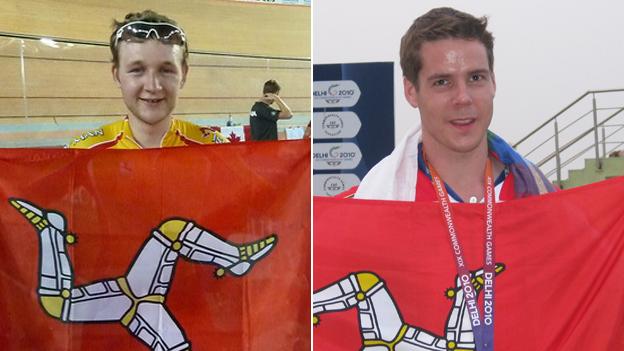 The Isle of Man's Commonwealth Games team for Glasgow will be announced in May, it has been confirmed.

They will be among 71 competing teams and looking to improve on the medal tally of two bronzes won at Delhi, India in 2010.

Those who achieve consideration standards, apply for selection in April, with the team revealed on 8 May.

In 2010, the Isle of Man sent its largest ever Games team to Delhi, with a record 31 athletes taking part in seven sports.

The Queen's Baton Relay, which will visit every nation and territory in the Commonwealth before the start of the event, will arrives in the Isle of Man from the Channel Islands on 16 May.

Meanwhile, Isle of Man Sport has donated £15,000 to the Manx team to help their preparations and a further £5,000 each towards the 2015 Commonwealth Youth Games in Samoa and 2017 Youth Games in St Lucia.

Chairman Graham Cregeen said: "Isle of Man Sport are delighted to continue their long association with the Isle of Man Commonwealth Games Association (IOMCGA) and to be supporting the team in Glasgow.

"We are keen to see the Isle of Man represented at world class events and the Commonwealth Games is a great showcase for Manx sport".

IOMCGA is a charity responsible for the publicity, fundraising, travel and support for the island's teams at the Commonwealth Games and Commonwealth Youth Games.

And Juliet Holt, the IOMCGA president, said they were extremely grateful for the "generous donation".

She added: "It will take significant funds due to the travel costs involved in travelling to Samoa and St Lucia.

"Isle of Man Sport's continued support will help us to send the strongest possible national teams to all of these events."

The IOMCGA relies on fundraising events and donations to fund the national team's participation in major competitions.