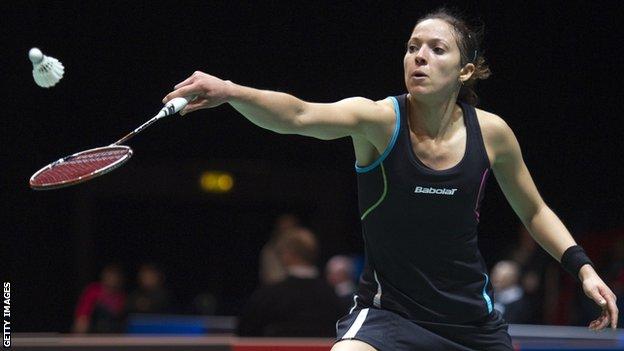 Badminton player Elizabeth Cann will compete for Jersey at the 2014 Commonwealth Games, after switching her allegiance back from England.

The 34-year-old won a bronze medal for England in 2010 in Delhi, but is eligible to represent Jersey.

"We have a strong badminton squad who have competed at the highest level," said Commonwealth Games Association of Jersey president Alan Cross.

Cann beat Scotland's Susan Egelstaff in the third-place play-off in 2010.

"Preparation is going very well - the athletes are doing their utmost to reach qualifying standards at the moment," said Cross.

"The full team should be about the 50-mark, which is way above what we've had in the past.

"I think sport is developing throughout the island with our facilities and support, and the standard is improving. Our qualifying standards get harder for every Games."