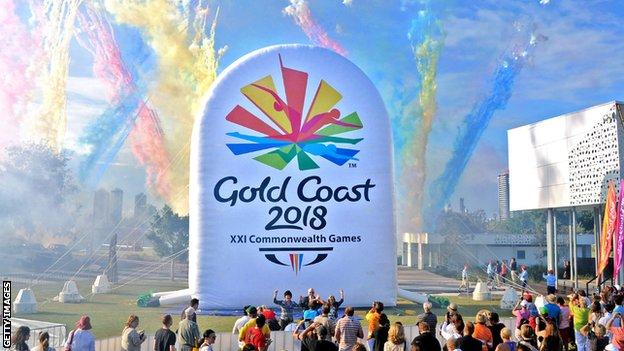 The Commonwealth Games could be cut from 17 to 10 sports to keep the event alive beyond 2018, a leading Games official has told the BBC.

"We recognise the tough economic times but we have flexibility," he said.

"If someone wanted to predicate a bid on a theme of 'bring it back to basics', then they could do so.

"Clearly the cost structures associated with putting on a 10 sports Games versus a 17 sports Games is vastly different and that has always been the case."

Ten sports is the minimum allowed by the Commonwealth Games Federation, with 17 the maximum.

Bids to host the 2022 showpiece must be received by March 2015 but official notes of interest must be in by the end of March this year.

So far, no notes of interest have been received and that has led to several Nations and territories expressing concern about the future of the event.

Hooper, who will stand down from his position after the Games in Glasgow this year, said: "If you are asking me can I guarantee multiple bids for 2022, right now I can't give you that guarantee.

"Obviously if there are no bids, the games will finish in 2018 but I don't believe that will be the case.

Asked to clarify the current level of interest, he added: "There's talk of Singapore, South Africa and the UK but we will wait and see."