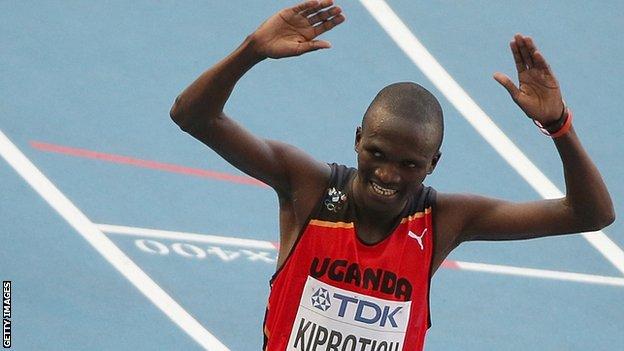 Olympic and world champion Stephen Kiprotich is citing fatigue as he skips the Commonwealth Games in order to concentrate on the London Marathon.

"Last year, I did so many marathons," the 24-year-old Ugandan told BBC Africa. "My body is a bit down and I need to recover.

"To become a Commonwealth champion is not easy. It is a big competition.

"But it is good for me to give a chance to upcoming Ugandan athletes and if they win medals I'll be very happy."

Kiprotich will run in the Paris half-marathon next month as he builds towards the London event in April but has ruled out coming to Glasgow in July.

"Once I finish London, I will know where I am heading to next," he explained, adding that he favoured running in the New York Marathon rather than Berlin.

"There are so many people wanting me to compete but I have to treat my body well," he added.

Kiprotich won the Olympic title in 2012 in two hours, eight minutes and 11 seconds but only managed sixth-place in last year's London Marathon.