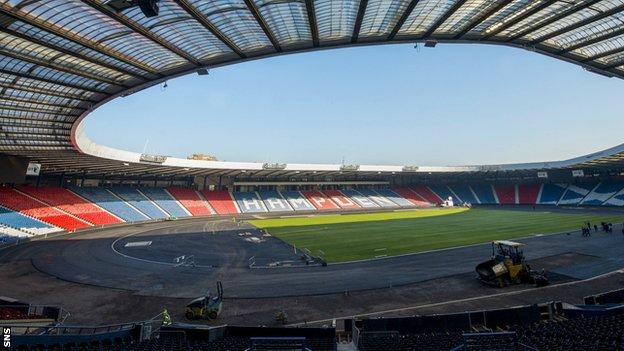 When the Commonwealth Games roll out of Glasgow after the closing ceremony at Hampden Park in August, the organisers are adamant that more than just memories will be left behind.

Yes, the sporting spectacle is key to how the Games are viewed around the globe, but just what can the Commonwealth Games brand do for a city in the long term?

The earliest incarnations of the Games in the UK were in London in 1934 and Cardiff in 1958. Known as the Empire Games, both events provide the earliest tangible evidence of lasting legacy with the construction of purpose-built venues.

As the Games got bigger, the expectations on host cities became greater and the attention turned more and more towards legacy. The celebration of sport was no longer enough to justify the mounting price tag that came with hosting the event on a grander scale.

Peter Murphy, from the Commonwealth Games Federation, thinks the increase in scale led to a change in the motivation for hosting the Games.

"If you are a city with a population of between three and six million and you look around and realise there's an area of the city that need to be regenerated, or you decide that you want to upgrade you leisure facilities, you have got the opportunity to create a Games that delivers on that," he says.

The Manchester Games in 2002 provide the best example of that model and the organisers of Glasgow 2014 have been working closely with their English counterparts in an attempt to replicate such successes.

The head of Manchester City Council, Sir Richard Leese, says the city is still benefiting 14 years later. "It has given us the finest collection of sporting facilities in the country and provided a great catalyst for the regeneration of an industrial area," he said.

But he points out that their legacy is about more than just facilities. "It also created a real pride in the area and people have a real belief in themselves," he added.

The Commonwealth brand does not guarantee such tangible benefits, though. Edinburgh tried to put Scotland on the sporting map in 1970 and 1986 but the legacy of those events has been mixed.

The Commonwealth Pool, built for the 1970 staging, were refurbished and will host the diving for this year's Glasgow Games but Meadowbank Stadium has fallen into disrepair and the council are keen to sell it.

Then, when the Games returned to the Scottish capital 16 years later, the event was overshadowed by a boycott, with protests against Margaret Thatcher's stance on apartheid in South Africa by a number of high-profile nations leading to a financial crisis.

The then head of Lothian council, Eric Milligan, remembers their desperate battle to secure funding. "A senior official was sent in to look at the books and it was clear that all was not well," he said. "Something had to be done or we were looking at an enormous deficit.

"We hoped the government would come on board but that was not forthcoming and in the end we had to go to Robert Maxwell."

But the involvement of the Daily Mirror's controversial owner did little to prevent the deficit and, in the end, the Games cost Edinburgh about £4m.

Now, the financial implications are key to any city's decision to bid.

Cardiff has expressed an interest in hosting the 2026 event but no decision will be made until after Glasgow.

Helen Jenkins, from the Commonwealth Council for Wales, says the benefits are obvious but they will look north to see what happens before committing.

"The Welsh Government and all the various partners are carrying out a feasibility study but the success on the field is not the only consideration," she said. "We will await the report on the economic benefits from Glasgow before making any decision to commit."

That is an attitude that suits the Commonwealth Games Federation.

"There are only a small number of countries in the Commonwealth capable of hosting the event so we [the Games] want to keep being invited back," said Murphy. "For that reason, we need every city who hosts a Games to have a really positive experience."