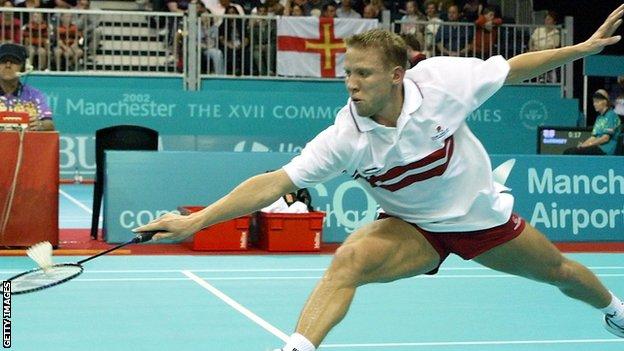 Jersey badminton player Mark Constable says the island's team is capable of causing an upset at the 2014 Commonwealth Games in Glasgow.

Constable, who won team gold with England in 2002 and bronze in 1998, is one of three former Commonwealth medallists in the island squad.

"We've got experience and some good players there so we could cause some upsets," he told BBC Radio Jersey.

"It's the strongest team Jersey will ever have fielded at the games."

Alongside Constable, Jersey have Elizabeth Cann, who won singles bronze in 2010 for England, and was fourth in 2006, along with England team bronze-medallist from 2010 Mariana Agathangelou.

"It'll be nice to go there and really upset some strong nations," added Constable, who is a former British number one.

"Liz Cann got a bronze medal last time in Delhi and if she can recapture some of that form from four years ago that will be fantastic.

"If we won a medal it'd be fantastic, but there's no pressure on us, the pressure will be on other countries with more high-profile players.

"The Commonwealth Games is massively important and it's a great opportunity for any athlete, no matter what sport in the island, to compete in an event where the whole world's eyes are on you."