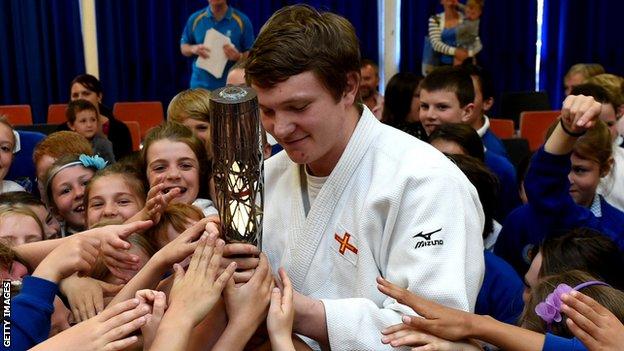 Guernsey's first ever Commonwealth Games judoka, Louis Plevin, has been balancing working for his A-Levels and training for Glasgow 2014.

The 17-year-old is also the youngest member of the island's team going to Glasgow and has just been awarded his black belt in the sport.

"I'm revising during the morning, doing an exam in the afternoon and then training in the evening," he said.

"But once my exams are done I'm going to be training."

This season he has taken silver medals in the Under 90kg class at the London Open in the Under-18 and Under-21 categories.

"If I get a good draw I reckon I'll do alright," Plevin, who sees the British home nations alongside Canada and South Africa as having the strongest judo squads for Glasgow, told told BBC Radio Guernsey.

"But if I come up against the England number one then I'll just have to give it my all and hope I do alright."