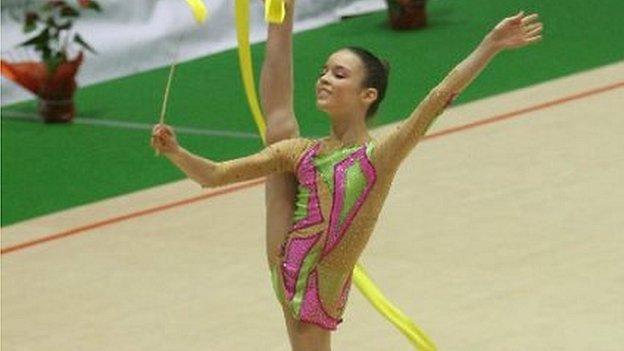 Halford, who recently won the Welsh title, recorded a score of 61.465 across the ball, hoop, ribbon and clubs to win.

"I'm so happy to have won, it was really unexpected," said Halford.

I'm hoping to make the team and I think team Wales will be really strong.

"I just wanted to go out and do my routines well and didn't really think about the scores."

Halford, who comes from Cricklade, qualifies for Wales because of her father David, who is from Mancot in Flintshire.

She is hoping success in the British Championships will help her gain selection for the Welsh squad for the Glasgow games in June.

"I'm really excited about the Commonwealth Games in the summer now," she said.

"I'm hoping to make the team and I think team Wales will be really strong."

Jones, who represented Team GB at the 2012 London Olympics is also hoping to make the Commonwealth team after fighting back from injury.

Her appearance at the championships was her first competitive action for almost two years.

Both gymnasts are through to Sunday's British apparatus final.