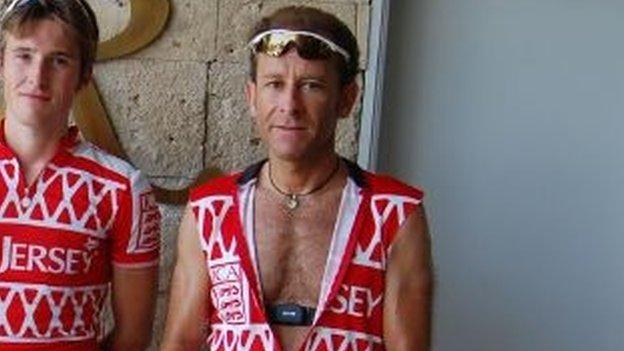 Jersey cyclist Chris Spence has been selected for his fourth Commonwealth Games after making the island's four-man squad for Glasgow 2014.

The 44-year-old, who is also a veteran of 10 Island Games, competes in the road race, alongside fellow islander Richard Tanguy.

Tanguy, 26, will also race for Jersey in the mountain bike alongside Rhys Hidrio, 23, and James Patterson, 28.

Tanguy has raced professionally for Team UK Youth for the past two years.

Spence first raced at a Commonwealth Games in Kuala Lumpur in 1998 and then represented the island in Manchester four years later and again in Delhi in 2010.

His best result at at Commonwealth Games came in the men's time trial in 2010 where he finished in 23rd place.