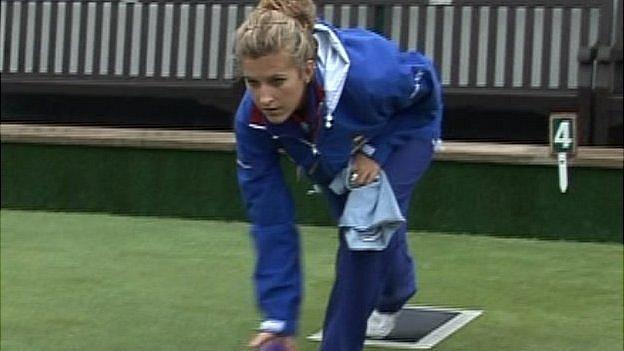 Commonwealth Games gold medallist Natalie Melmore says the home nations should have an advantage at this summer's championship in Glasgow.

Melmore, who is the reigning singles champion, has been training with her England team-mates at the Kelvingrove Bowls Centre ahead of Glasgow 2014.

"It's been a great advantage for us to go and play on the greens," she said.

I'd love to come home with a medal again

"It will give us an advantage over the southern hemisphere bowlers because they play on a different surface."

Melmore was a surprise gold medallist when she beat New Zealand's world champion and world number one Val Smith to take the title in Delhi four years ago.

The 25-year-old from Newton Abbot in Devon, who will says people will be aiming to to beat her now she is the reigning champion.

"It's going to be a different Games this year, " she told BBC Sport. "I was an outsider last time and there wasn't really any expectation there.

"But this time around, being the defending champion, there's going to be a certain level of expectation.

"I'd love to come home with a medal again, but I'm really just going to take one game at a time and if I qualify through the group stages it'll be amazing."