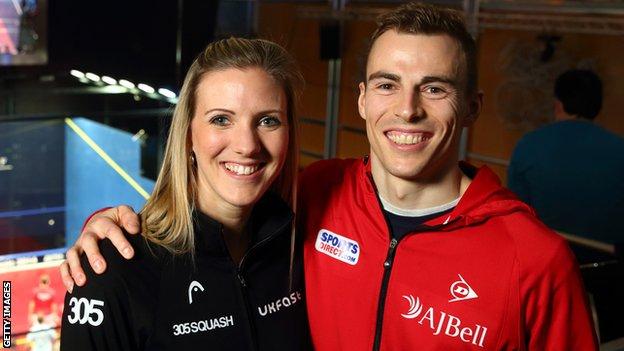 World champions Laura Massaro and Nick Matthew have been named in England's squad for this summer's Commonwealth Games.

Matthew is the defending champion in both the singles and the doubles where he will again team up in Glasgow with Adrian Grant after their Delhi success.

James Willstrop and Peter Barker, who won silver and bronze in 2010, are also named alongside Daryl Selby.

Emma Beddoes, who will make her Commonwealth Games debut, said: "I am delighted to be selected to represent England in the women's doubles.

"It will be my first experience of the Commonwealths and I am excited to play my part in what will hopefully be a successful games for squash and Team England as a whole."