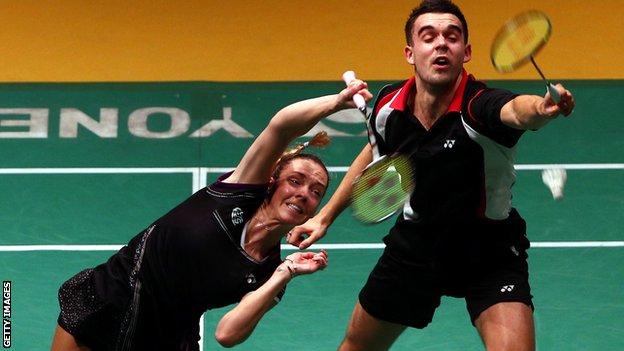 Chris and Gabby Adcock will become the first married couple to compete in England's badminton team at the Commonwealth Games.

Chris Adcock, a world silver medallist in 2011, will also compete in the men's doubles with Andrew Ellis.

Rajiv Ouseph, the silver medallist in the 2010 Games in Delhi, has again been selected for the men's singles.

Gabby Adcock also doubles up as partner to Lauren Smith in the women's doubles.

England have won 33 badminton gold medals from 14 appearances in the Games.