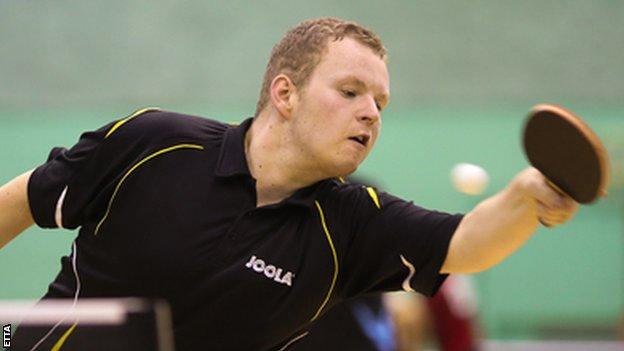 Jersey have selected three players as part of their first ever Commonwealth Games table tennis team.

Gascoyne, 31, who has played for Scotland and England Under-18's, is ranked 19th in the United Kingdom.

Band, 20, reached the last 64 of the 2013 US Open, while Le Maistre, 18, played in the World Table Tennis Championships in Paris last year.

All three will play in the singles, with Gascoyne teaming up with Band in the men's doubles and Le Maistre in the mixed doubles.

"You're going to get some of the best players in the world playing, with Singapore, India and England all strong.

"I'm hoping for a good draw, get through my qualification and see how many rounds I can get through in the singles event."