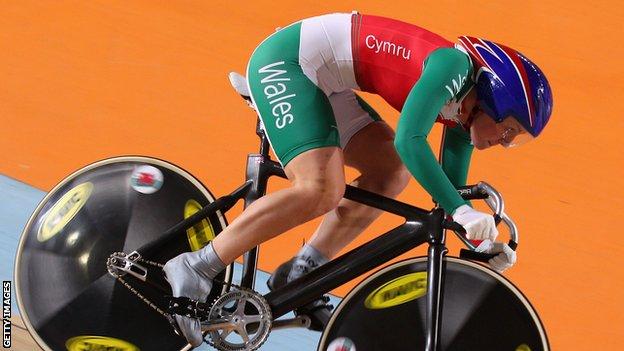 James and Lewis Oliva will ride in the track sprint events.

Double world champion pilot Rachel James has been paired with Rhiannon Henry in the para-cycling tandem in the Sir Chris Hoy Velodrome.

Sport Wales has set a target of three medals for Welsh cyclists in Glasgow.

"We have selected a team that is led by strong experienced riders, who have achieved at the highest level of international competition," said Cosgrove.

"They are supported by a large number of talented young riders who have demonstrated their ability to perform on the world stage.

"We are looking forward to competing at the Commonwealth Games this summer in Glasgow."