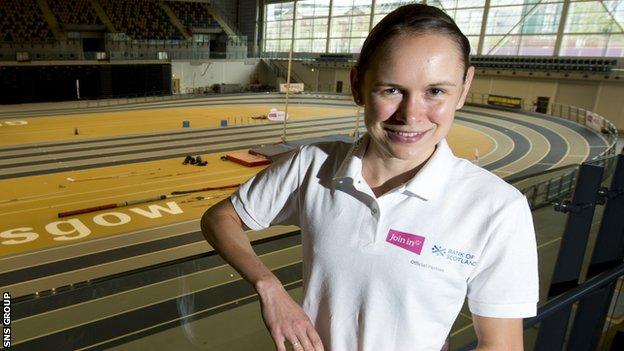 The Olympian, who was named in a second phase of selections in early May, has now formally withdrawn from Glasgow 2014 because of a hip problem.

And she ran inside the two hours 40 minute qualification standard in Japan in December when the 30-year-old clocked 2.35.19.

"It is with regret and deep disappointment that I can confirm I have had to withdraw from Team Scotland for the Commonwealth games," said Ross.

"I have suffered from a hip injury for the past few weeks and while the prognosis is good for a full return to competitive running, it is affecting my training."

Susan Partridge, who has a best time of 2:30:46, will lead home hopes in the marathon, which starts and finishes in Glasgow Green on 27 July.

The full Team Scotland announcement is due on Thursday at Stirling Castle.