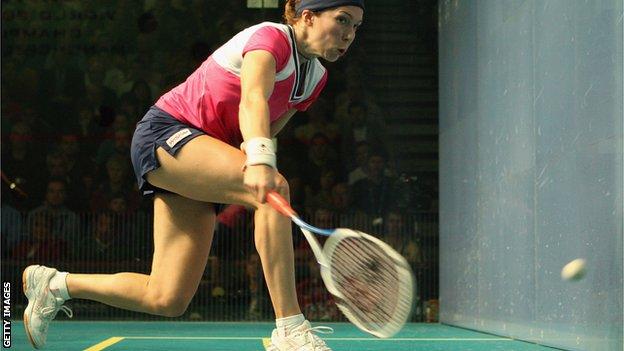 Northern Ireland squash player Madeline Perry has been seeded seventh for the women's squash singles at the Commonwealth Games.

The 37-year-old from Banbridge made the Commonwealth Games quarter-finals in 2006 and 2010.

Perry made squash history in May by becoming the oldest player to retain a place in the women's world top 10.

The squash singles events will take place at the Scotstoun Sports Campus in Glasgow on 24-28 July.