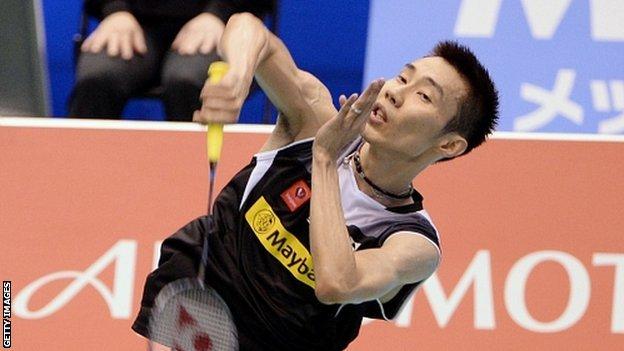 Malaysia's world number one badminton player Lee Chong Wei has been ruled out of this month's Commonwealth Games in Glasgow because of a thigh injury.

The two-time defending Commonwealth Games champion, 31 suffered the injury at the World Men's Team Championships in Delhi in May.

Lee is the most successful Malaysian Olympian ever with two silver medals.

Malaysia won four badminton gold medals out of a possible six at the 2010 Commonwealth Games in Delhi.