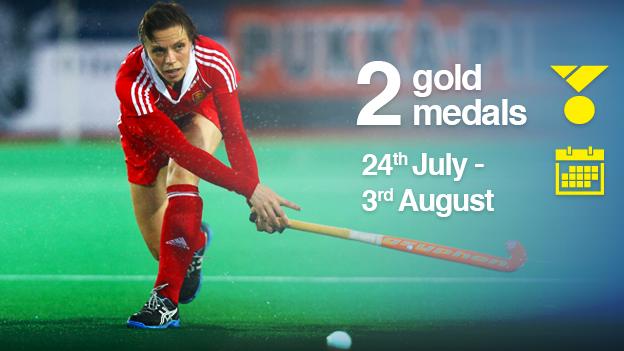 There's a men's and women's event, with the top teams from the group stages progressing to the semi-finals.

Teams consist of 11 players and matches are played over two 35-minute halves, with the potential for shootouts in the knockout stages.

England's women have never failed to win a medal at the Commonwealth Games but they've yet to win the big G there - and they come to the Games on the back of a dismal showing at the World Cup. After two consecutive fourth-place finishes, England's men will be hoping to reach their first Commonwealth final.

World number one side Australia have won every men's Commonwealth tournament and will be confident of making it five out of five in Glasgow, having lifted the World Cup in June. The Aussie women have been almost as dominant, winning three out of four Commonwealth titles.

Since Delhi, penalty flicks have morphed into shootouts (also known as shuttles) where a player dribbles the ball from outside the shooting circle before attempting to score.

Recent research showed that midfielders run 9km per game, more than half of which is high-speed running or sprinting. Even goalkeepers complete the equivalent of a half-marathon over a seven-game tournament.