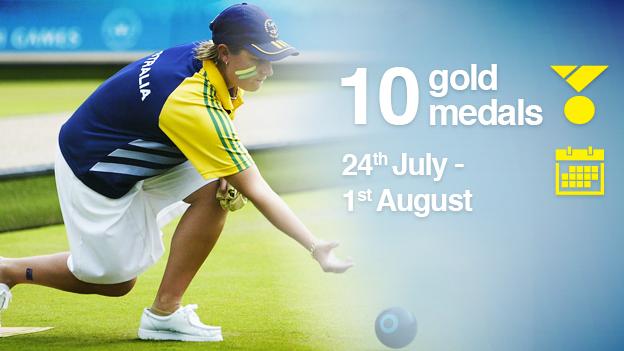 It's curling on grass, and everybody loved curling at the 2014 Winter Olympics, didn't they?

The objective is simple: roll your bowl closer to the jack (a smaller ball) than your opponent and you score a point. In singles, the winner is the first player to reach 21 points. In pairs, triples and fours, a set number of ends are played and the total score decides the winner.

Defending champions Natalie Melmore and Ellen Falkner again play for England, along with Stuart Airey, who took silver in Delhi.

Nine of the 10 players selected by Scotland have played in a combined total of 20 previous Games, with world number one Paul Foster heading the pack.

The number of events has risen from six to 10, with para events included for the first time since Manchester 2002, along with the fours for men and women. Rules have been relaxed so that bowlers can enter two events each, and the format of all games has shifted from sets to points.

In 1617, King James I issued his Book of Sports. It declared that archery, dancing and Maypoles were acceptable pastimes on the Sabbath, but that playing lawn bowls was as bad as enjoying bear or bull baiting and was to be banned.