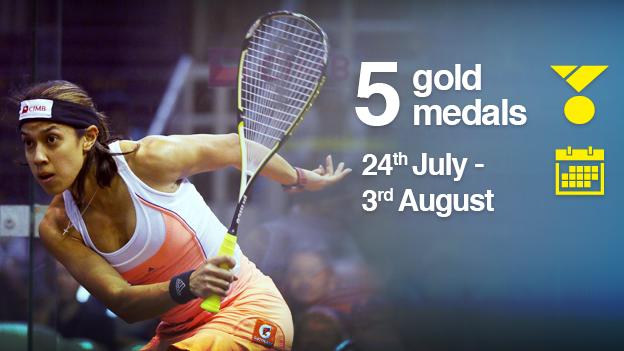 England is currently the home of the two reigning world champions, Laura Massaro and Nick Matthew, and they also have strength in depth.

The England team could replicate their Delhi clean sweep in the men's singles with James Willstrop and Peter Barker alongside Matthew.

Malaysia's reigning singles champion Nicol David has been at the top of the world rankings since August 2006 and has won five out of the last six world titles. Joelle King had doubles success in Delhi and heads New Zealand's challenge as she enters all three events once again.

Only a maximum of three players from each country can enter the men's and women's singles, whereas in Delhi there were four entrants allowed.

Squash players can burn up to 1,000 calories per hour and it was once voted the healthiest sport by Forbes Magazine, who described it as "an impressive cardiorespiratory workout".