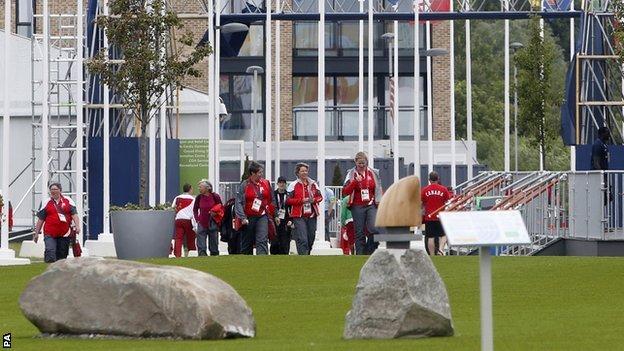 Team England competitors insist there is "no cause for concern" following a suspected outbreak of norovirus at the Commonwealth Games athletes' village.

The contagious diarrhoea and vomiting bug has now spread to 53 workers since reports emerged on Wednesday.

Team England have told their athletes in Glasgow to use sanitising hand gel on a regular basis to stay healthy.

"Everything is all in hand. It's about being very hygienic in terms of hand gel, using that regularly when you go in and out of buildings. At the moment, there's absolutely no cause for concern."

The opening ceremony for the 2014 Games takes place on Wednesday, with the action getting under way on Thursday.

Many athletes who competed at the previous Commonwealth Games in India in 2010 succumbed to sickness.

Glasgow is considered a far lower risk, but England team officials have briefed their athletes about the importance of hygiene.

"It's the same as any Games, even London 2012, with hand sanitisers everywhere," said weightlifter Zoe Smith.

England weightlifting team manager Maggie Lynes added: "People tend to think if they go to competitions abroad they need to take extra precautions, but you need to have those precautions here in the UK."